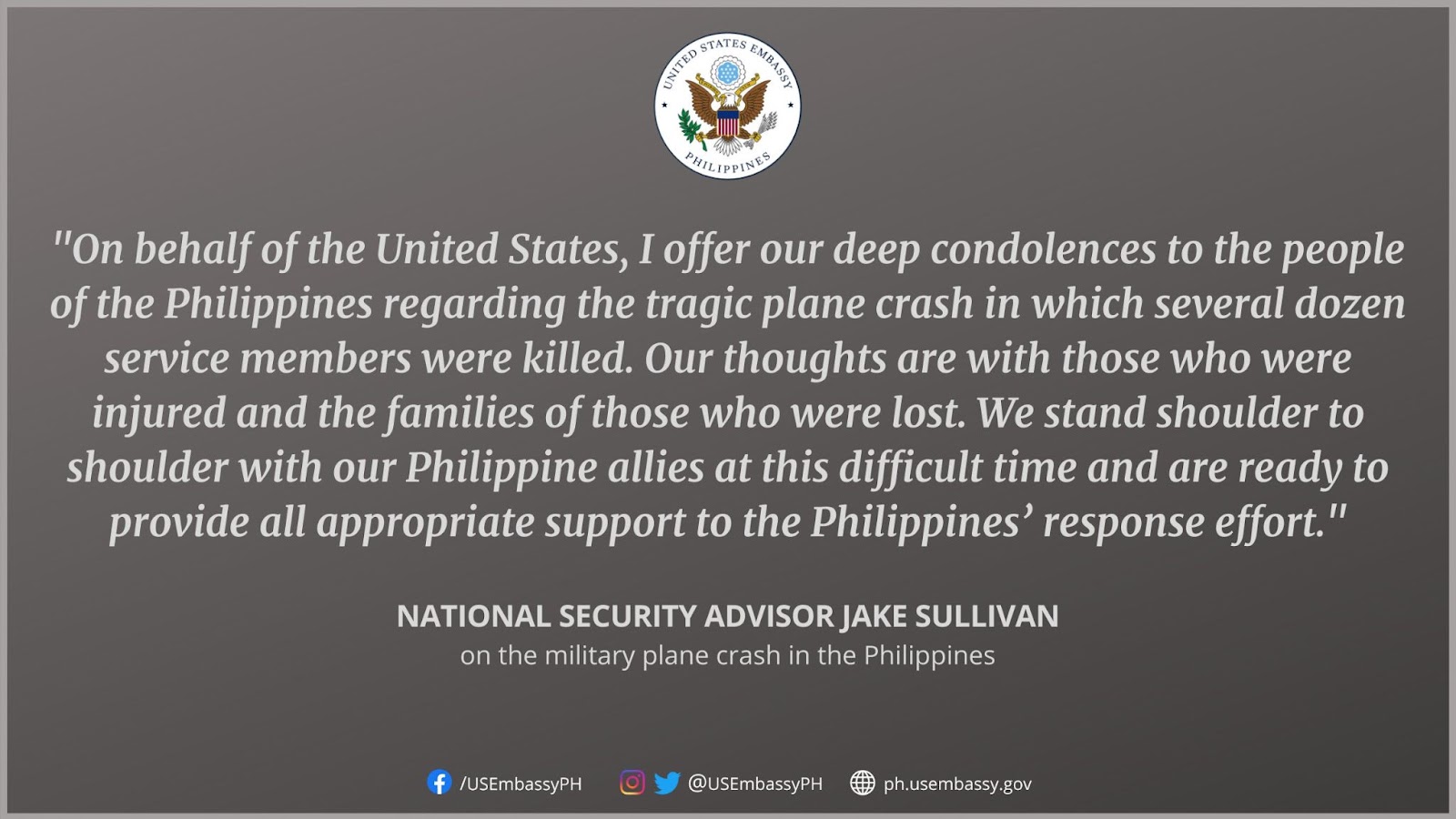 Philippine security forces searched a remote southern island on Monday for the flight data boxes of an aircraft that crashed and killed 50 people in one of the country's worst military air disasters, NDTV reports. A C-130 Philippine Air Force aircraft with 96 people on board, most of them recent army graduates, crashed in Jolo island of Sulu province — a haven for Islamic militants — on Sunday.

Cirilito Sobejana, Armed Forces Chief General, revealed that the aircraft was carrying the troops from Cagayan de Oro on the Southern Island of Mindanao when it “missed the runway” as it tried to land on Jolo, AFP reported. The plane tried to “regain power but didn't make it”, he told local media.

Troops, police and firefighters rescued 49 military personnel, including a few who jumped off the aircraft before it exploded and was gutted by fire. Seven people on the ground were hit by aircraft parts and debris, and three of them died, the military said.

The Lockheed C-130 Hercules was one of two refurbished US Air Force aircraft handed over to the Philippines, Washington’s oldest treaty ally in Asia, as part of military assistance this year, The Indian Express reported.

The aircraft originally took off from Manila with only a few passengers, including a two-star army general, Romeo Brawner Jr, who disembarked with his wife and three children in Cagayan de Oro City, where he’s set to become the new military regional commander, on Monday. The army troops then boarded the C-130 in Cagayan de Oro for the flight to Sulu.

Brawner said he was stunned to learn that the plane he’d just flown on had crashed. “We’re very thankful that we were spared but extremely sad that so many lost their lives,” Brawner said.

The Philippine air force has a history of tragic disasters. One of its aircraft crashed in a rice field north of Manila in 1971, killing 40 military personnel. A recently delivered S-701 Blackhawk helicopter crashed just a few days ago near Clark Freeport, a former U.S. airbase, killing all six air force personnel on board.

The Philippine government has struggled for years to modernize its military, one of Asia’s least equipped, as it dealt with decades-long Muslim and communist insurgencies and territorial rifts with China and other claimant countries in the South China Sea.