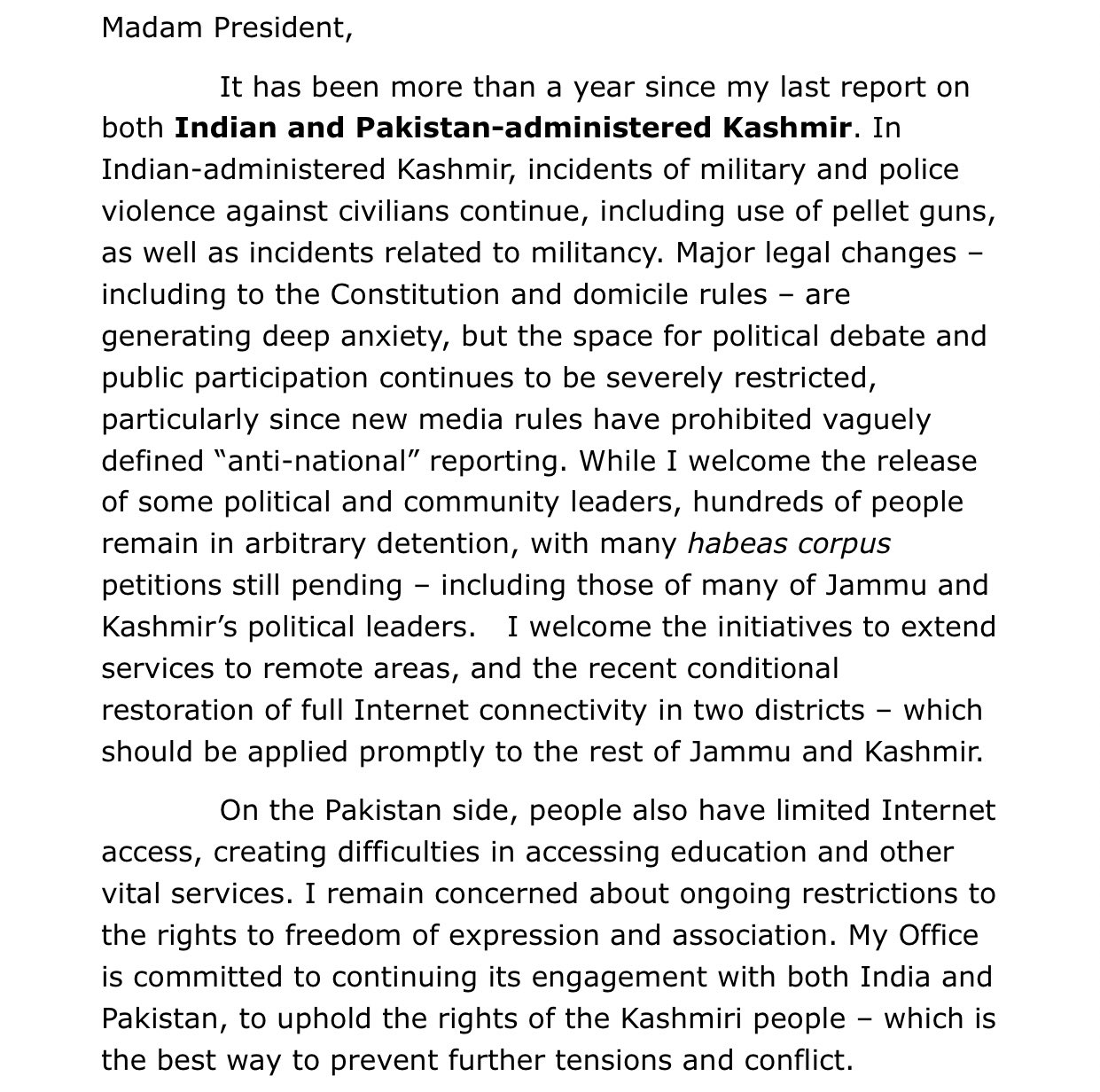 Reenat Sandhu, Secretary (West) of the Ministry of External Affairs, while dismissing Bachelet, said that India’s approach is purely based on “our own experience as a pluralistic and inclusive society and vibrant democracy.” Sandhu had expressed “disappointment over Bachelet’s unwarranted remarks on the union territory of Jammu and Kashmir, which do not reflect the ground reality”. 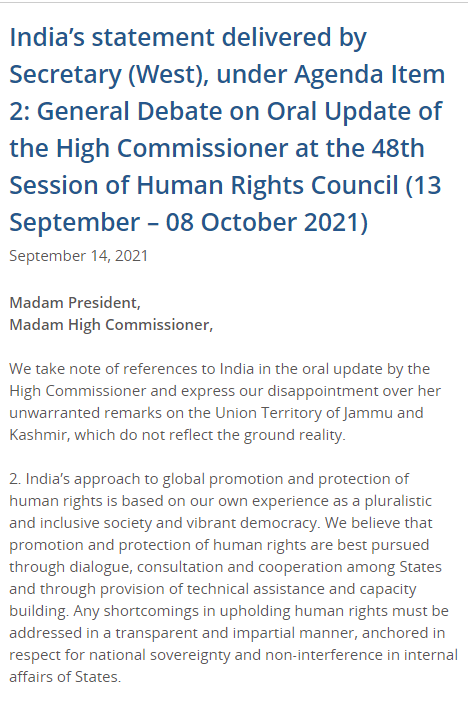 (Click on the image to read Reenat Sandhu’s rebuttal)

Bachelet had also expressed her concerns about GoI’s pressure on journalists and the unexplained use of the colonial Unlawful Activities (Prevention) Act (UAPA).

In her opening statement at the 48th session of the United Nations Rights Council in Geneva, she had said, “We believe that promotion and protection of human rights are best pursued through dialogue, consultation and cooperation among states and through the provision of technical assistance and capacity building.”

Meanwhile, Sandhu and the Indian Union has said that the matter of internal affairs should be respected in terms of National sovereignty and demanded non-interference in these matters. She also ensured that any shortcomings will be handled in a “transparent and impartial manner” by the government itself.

Sandhu asked UNHRC to redirect their concerns over the situation in Afghanistan. Describing it as a matter of grave concern, she stressed the importance of upholding the human rights of women, children, and minorities in Taliban-ruled Afghanistan. Further ensuring safe passage for those wanting to leave the country and easy access to humanitarian aid.

In 2020, India had accounted for the most number of internet shutdowns in the entire world. At least half of these shutdowns had taken place in Jammu and Kashmir after the revocation of the region’s statehood. Locals have complained of a harsh military crackdown on civilian life though the Indian Union has mostly refused to acknowledge these complaints.