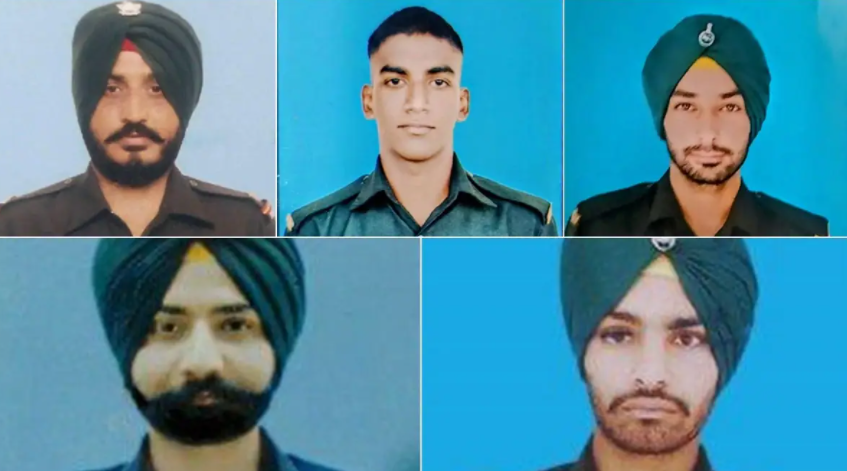 A Junior Commissioned Officer (JCO) and four jawans were martyred in an encounter with a group of highly armed terrorists in the forests of Mughal Road, which connects Jammu's border Poonch district with Shopian in Kashmir, on Monday morning. It had been 17 years since the area saw such casualties, the latest of which occurred in 2004 when four soldiers were martyred. 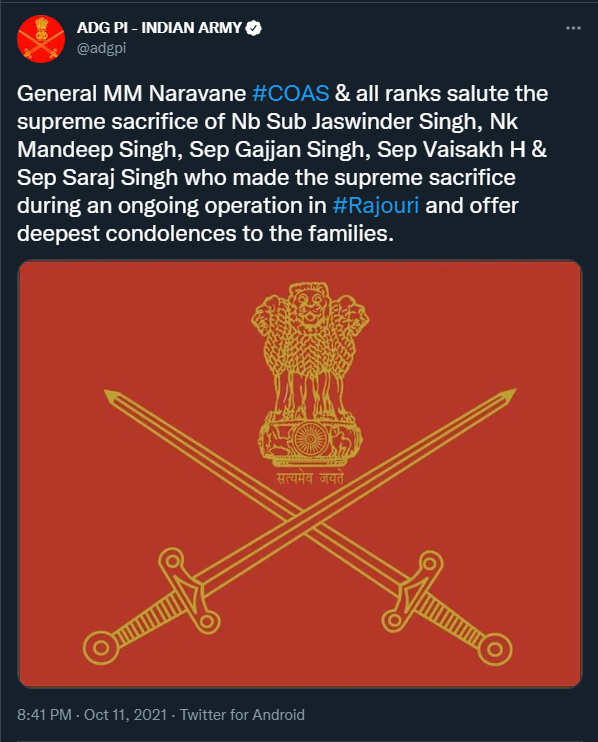 The Army PRO, Lt Colonel Devender Anand, confirmed the casualties, saying the soldiers were on a search and combing operation that began Sunday night based on intelligence inputs.

“The five were rushed to the hospital but died at the hands of their injuries”, he said. Naib Subedar Jaswinder Singh of Mana Talwandi in Kapurthala, Naik Mandeep Singh of Chalha in Gurdaspur, Sepoy Gajjan Singh of Pancharanda village in Ropar (all three from Punjab), as well as Sepoy Saraj Singh of Shahjahanpur in Uttar Pradesh and Sepoy Vaisakh H of Kerala's Kollam district, were among martyrs.

For the families of three soldiers, the Punjab government has promised an ex-gratia of Rs 50 lakhs and a government job. The state government of Uttar Pradesh has also promised the family Rs 50 lakh, a job for the next of kin, and the naming of a road after Sepoy Saraj.

As a part of retaliation, five terrorists have been neutralised within the last 36 hours. IGP Kashmir confirmed the killing of three terrorists at 5.22 am on Tuesday. Hours later, two more killings were confirmed as part of the ongoing anti-terror operation. 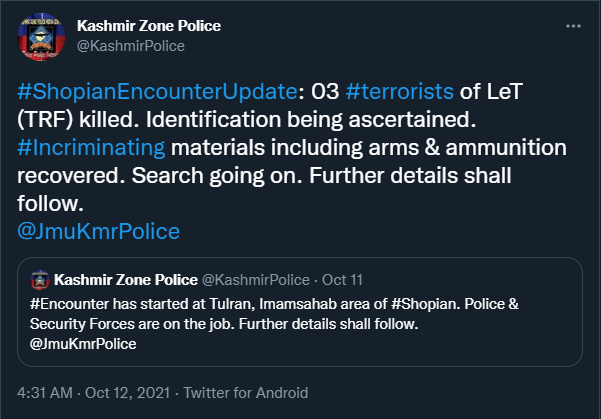 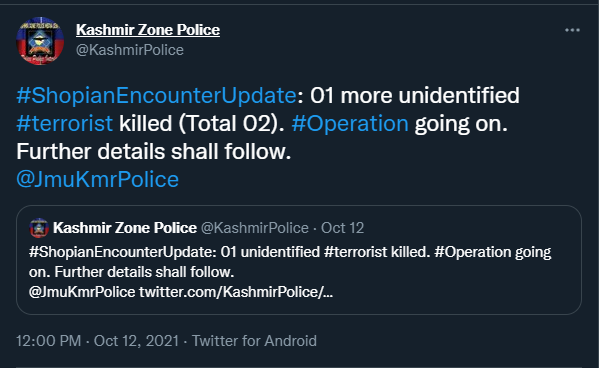 Kashmir’s Rajouri and Poonch districts have been primarily calm for almost a decade, except regions around the LoC (Line of Control). However, militancy-related actions have increased in the inner areas in recent months. In early August, a hand grenade was thrown at the apartment of a local BJP official in Rajouri town's Khandali neighbourhood, killing a two-year-old child and injuring numerous others.