On October 5th, 2021, Rakesh Kumar Pandey, in a Facebook post, said, “A college had to admit 26 students in a course having 20 seats only because they all had 100 per cent marks from Kerala board. For last few years, Kerala board is implementing -#MarksJihad”. DU admission witnessed many students from Kerala Board clear the 100% cut-off, which, according to Pandey, was a ‘leftist conspiracy’. 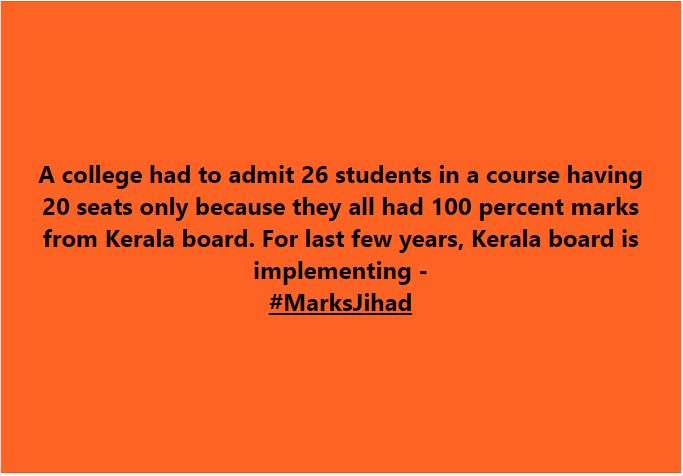 Soon after this post went viral, Pandey told Times of India that the “inexplicable flow of students” from the southern states to DU is more than a “normal, unintentional or a benign development.” He alleged, “It seems some plan has been in operation for two-three years. One can connect this with the loosening hold of those aligned to the political left on universities like Jawaharlal Nehru University. They, therefore, now want to spread to Delhi University.”

Pandey’s ‘marks jihad’ remark created a nationwide political controversy among students, teachers, and politicians demanding action against the professor. The All India Students’ Association (AISA), Students’ Federation of India (SFI) and National Students’ Union of India (NSUI) protested at the Delhi University south campus on Friday, condemning Pandey’s comment and demanding his suspension from the varsity.

Following the professor’s Facebook post on Wednesday last week, the DU Registrar’s office released a press release on Thursday last week, “condemning the falsity of news,” denied any form of discrimination against and favouritism to students from a few boards, ThePrint reported.

According to the press release, As of October 7, 2,365 students from the Kerala board, 3,1172 candidates from the CBSE board, 1,540 students from the Haryana board, 1,301 from the Rajasthan board, and 1,429 from the council for the Indian School Certificate Examinations, along with the students from other boards secured admission in DU this year. 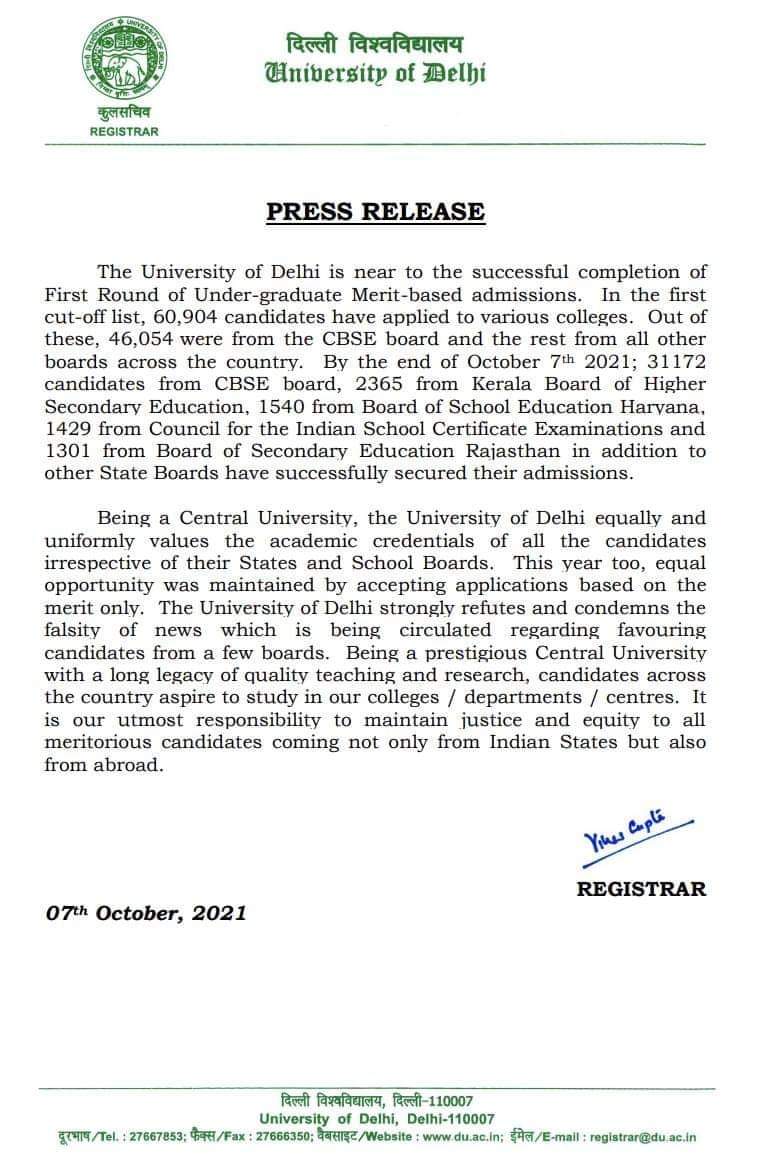 Meanwhile, RSS-affiliated National Democratic Teachers’ Front (NDTF) also distanced itself from its former president. It supported Delhi University stating, “Students from all States have equal rights based on merit criteria to study in the best institutions constituent of Central University status of DU.”

In the face of harsh criticism, Pandey attempted to justify his comment in multiple Facebook posts, saying that he was only mentioning the Kerala Board evaluation system and not the students. However, just trawling through some of Pandey’s old posts reveals that he has been raising concerns about ‘marks jihad’ since December 2020.