A six-year-old girl was stoned to death for resisting sexual abuse by two juvenile boys in Assam’s Nagaon district, the Press Trust of India reported.

Sub Divisional Police Officer Mrinmoy Das informed The Hindu, “One of the minors, who studies at an English medium school, wanted to have a physical relationship with the victim, but she resisted. He attacked her with a stone after she said she would tell her parents about his misbehaviour. The other 11-year-old boy also hit her with a stone, and she died.”

A third boy (8) was found guarding the toilet and was an equal party to draw a veil over the crime. The victim’s body was sent for post-mortem, which confirmed that she was not raped but succumbed to her injuries.

The police have found that the boy was using his father’s phone and even retrieved pornographic material from the phone’s browsing history. A senior police officer stated to the Times of India that when the police questioned the accused minors separately about the crime, they confessed to the killing.

Nagaon SP Anand Mishra tweeted, “Family/social intervention and institutional guidance to the kids could have saved these four young lives. One lost life, three lost for life. It can happen with any one of us or anyone around us. If our upcoming generations fail to meet socio-moral standards, the responsibility lies greatly upon us!” 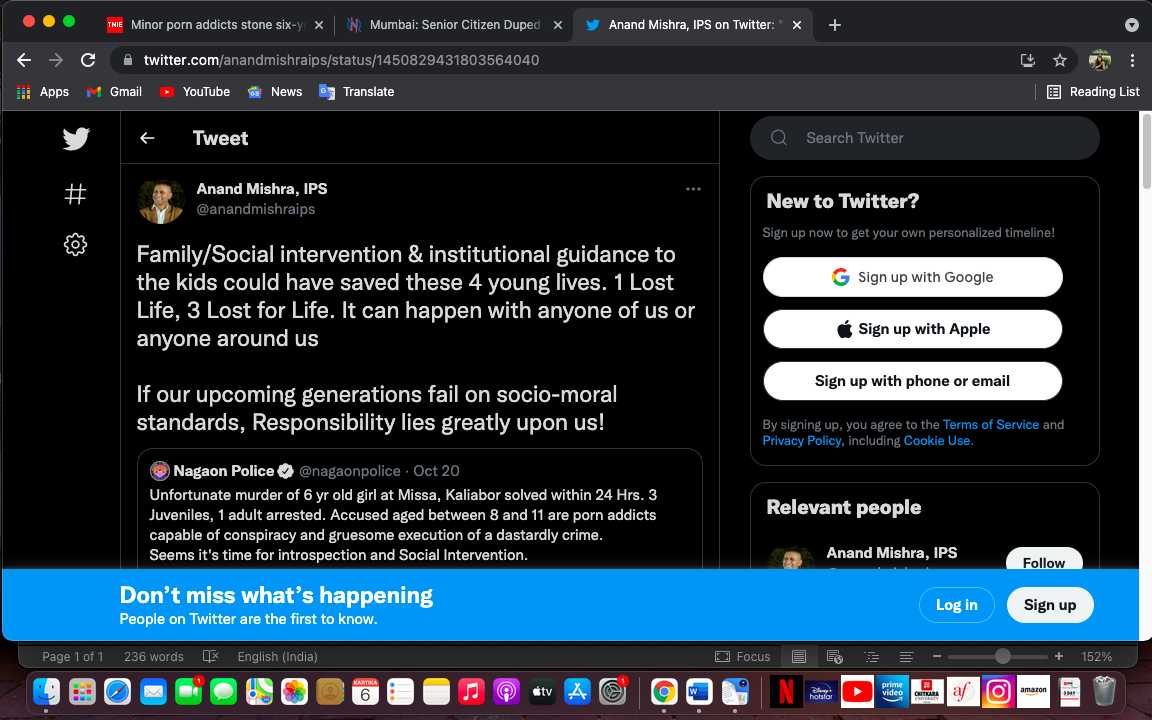 The three juveniles presented before the juvenile justice board have been sent to Jorhat juvenile correctional facility, the Times of India reported.

According to NCRB’s Crime in India report 2020, Assam had reported 247 IPC regulated crimes last year. Out of this, 83 were sexual assaults and 12 attempted ones.