HW News Network journalists Samriddhi Sakunia and Swarna Jha said on Sunday that they had been named in an FIR by the Tripura Police after a supporter of the Vishva Hindu Parishad filed a complaint at the Fatikroy police station. 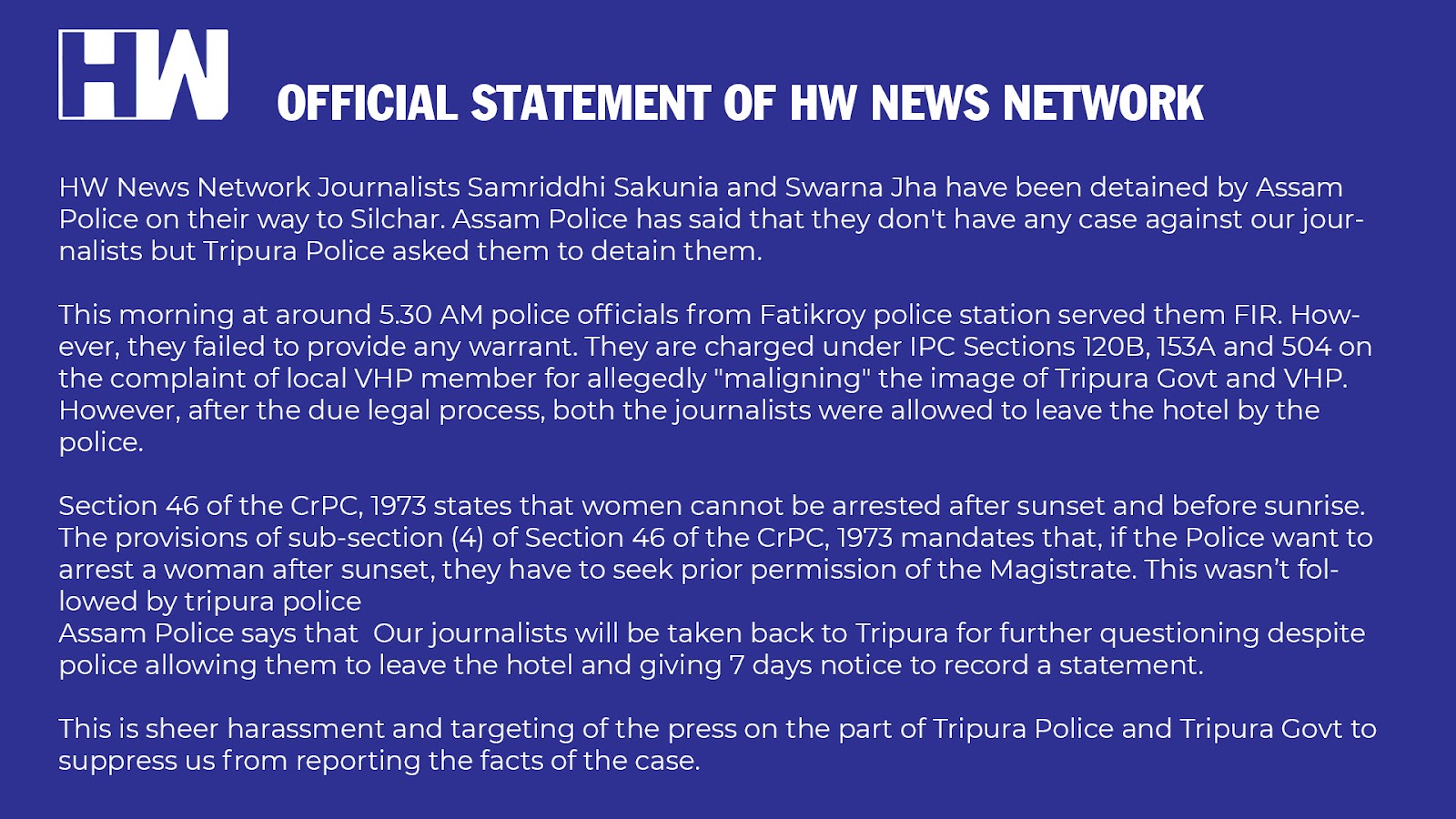 (Click on the image to view HW News Network’s statement)

The journalists alleged that the cops came to their hotel early Sunday morning and “intimidated” them. They said they were covering the recent incidents of violence in the state. 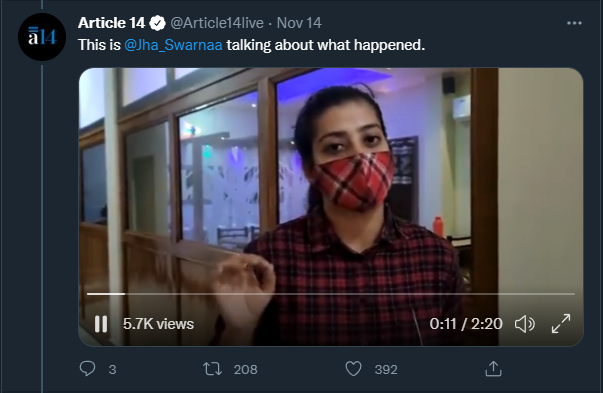 (Click on the image to hear Swarna Jha’s statement)

“Last night, at around 10:30 PM, cops came outside our hotel, but they did not talk to us. When we were about to checkout at around 5:30 am, they told us about the complaint against us and told us about being taken to Dharamnagar Police Station for questioning,” tweeted Swarna Jha. She and fellow journalist Sammridhi Sukunia were investigating claims of the destruction of the Dargabazar mosque which they say was confirmed by locals they spoke with.

Samriddhi, on Sunday morning, had tweeted: “We were supposed to leave for the capital Agartala but have been not allowed to move despite full cooperation. There are around 16-17 police deployed outside our hotel.”

Both of them may be questioned in a fake news circulation case, sources told Madhyamam.

“Based on an FIR, we today went to meet the journalists who were staying in a hotel in Dharmanagar subdivision of Tripura's north district. We took their permission and spoke with them for basic information. We served them a notice. They requested us to give some time so then they can appear with their lawyer. The permission was given. I believe they have already left,” a police officer told NDTV.

Amid massive protests in Maharashtra over the reported clashes in Tripura, the Home Ministry on Saturday trashed the claims about the vandalism of a mosque in the Gomati district.

Last week, Facebook, Twitter, and YouTube were asked by the Tripura Police to provide details of over a hundred accounts from which allegedly fake and provocative posts were made.