In the week following Pakistan’s commemoration of “Kashmir Solidarity Day”, several international brands such as KFC, Domino’s, Hyundai and Kia, who had shared “solidarity” social media posts, found themselves heavily criticised and in some cases boycotted in India.

On February 5, Pakistan observes “Kashmir Solidarity Day” to show Pakistan’s support and unity with the people of Indian administered Kashmir and Kashmiri separatists’  efforts to secede from India. Pakistanis also pay homage to Kashmiris who have been victims of the Indian Army’s alleged brutality or caught in crossfires.

On this day, solidarity rallies are held in Pakistan-administered Kashmir and the country’s other major cities.

The concept was first proposed by Qazi Hussain Ahmad of the Jamaat-e-Islami Pakistan party in 1990. In 1991, the then Prime Minister of Pakistan Nawaz Sharif called for a “Kashmir Solidarity Day strike”. The current Kashmir Solidarity Day was started by the Ministry for Kashmir Affairs and Northern Areas in 2004. 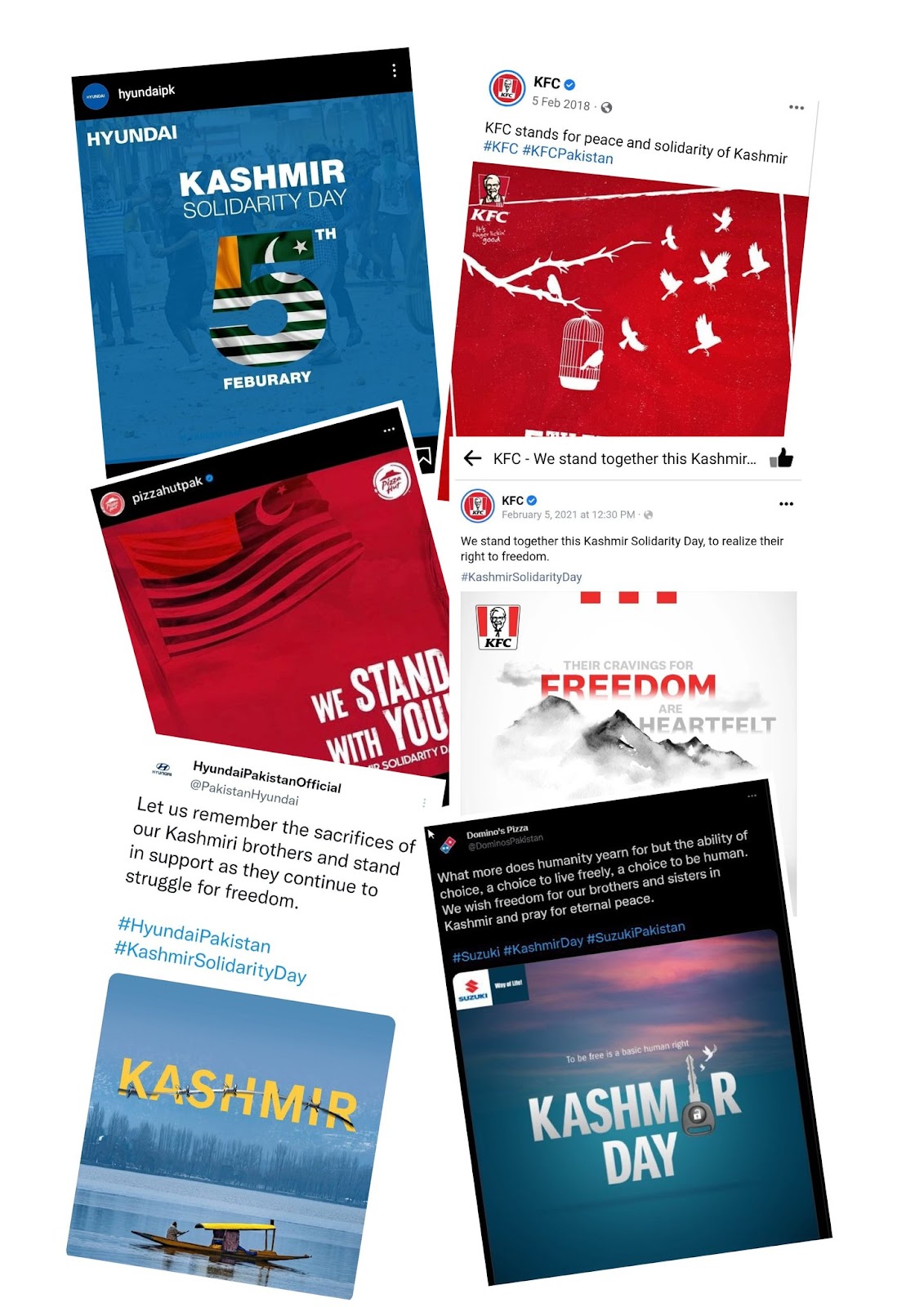 Going by the hashtags used by these companies on their Twitter handles, the most popular one appeared to be #KashmirSolidarityDay.

“The strong displeasure of the government on the unacceptable social media posts by Hyundai Pakistan was conveyed to the Korean Ambassador. It has been highlighted that this matter concerned India's territorial integrity on which there could be no compromise”, the Indian Ministry of External Affairs stated to the media.

Further, a complaint has been filed by Supreme Court lawyer Vineet Jindal, demanding “to ban Hyundai India, Kia, KFC, Pizza hut for their challenge of sovereignty and integrity of India by their posts on social media”. Within 24 hours, all of these companies deleted their posts while their Indian counterparts expressed their apology on social media.

“Domino's is devoted to the Indian market, having called it home for more than 25 years, and apologise for the unsolicited social media post,” an excerpt from the brand’s apology read. KFC India, too stated that it was sorry for a post on social media and that it “remains steadfast in our commitment to serving all Indians with pride.”