On August 18, Foreign Secretary Harsh Vardhan Shringla went on a two-day visit to Dhaka to discuss possible bilateral treaties moving forward. The meeting took place amid reports that Bangladesh is looking to secure a USD 1 billion loan from China for an exhaustive management and restoration project along the river Teesta.

The Bone of Contention

Sharing the waters of the Teesta river, which originates in the Himalayas and flows through Sikkim and West Bengal to merge with the Brahmaputra in Assam ( and Jamuna in Bangladesh), is perhaps the biggest bone of contention between the otherwise affable neighbours.

The river covers nearly the entire floodplains of Sikkim while watering about 2,800 sq km of Bangladeshi agricultural land, vital to the livelihood of lakhs of people on either side. For West Bengal, Teesta is equally essential. The river is considered to be the lifeline of six districts in North Bengal. Over the years, Bangladesh has sought an “equitable” distribution of Teesta waters from India, on the lines of the Ganga Water Treaty of 1996, but to no avail. The failure to materialise a deal impacted the country’s 2016 parliamentary elections leading to the ruling Awami League losing seats.

In 1986, the two nations first entered negotiations to form a formal water-sharing that took almost 25 years to materialise. In 2011, the then Prime Minister Dr. Manmohan Singh had initialised negotiations, which Prime Minister Narendra Modi talked of taking forward in a meeting between the heads of the two states four years later. However, the West Bengal government, one of the key stakeholders of the Teesta agreement, was not willing to partake in the treaty.

According to Susobhan Bagchi of the Strategic Foresight Group, a Mumbai-based think tank, “Many of the glaciers of the Teesta basin have retreated. The river has a mean annual flow of approximately 60 billion cubic metres/month during monsoon and only about 500 million cubic metres/month in summer. Consequently, there are floods during monsoons and droughts during the dry periods.”

The West Bengal Chief Minister opposed the proposed arrangements of 2011 and 2015, by which India would get 42.5% and Bangladesh 37.5% of the water during the summer, but would have to contend with the floods on its own during the monsoon months. According to Shoubhik Shome of the West Bengal water resource department, “Both the Bengal and Sikkim governments are in agreement that Bangladesh would have to be ready to step up with the monsoon flood prevention projects for the CMs to put pen on paper.”

In September 2016, the Bangladesh Water Development Board entered into a memorandum of understanding (MoU) with Powerchina or the Power Construction Corporation of China -- the state-owned engineering construction investment developer specialising in clean energy, water resources and environmental construction -- to carry out a technical study to better manage the Teesta for the benefit of northern Bangladesh’s greater Rangpur region.

Shouri Shome, a West Bengal Irrigation & Waterways Department official said to the Newshound India Foundation, “Bangladesh needs about USD 988 million for the Teesta River Comprehensive Management and Restoration Project. Officially, Sheikh Hasina maintains that it has been in talks with the World Bank, the Japan International Cooperation Agency and the Government of China. But Kabir Bin Anwar, a senior secretary at their Ministry of Water Resources, has told the media that China has expressed interest in funding the mega project.”

Shome added that any foreign funding agency should be expected to provide at least USD 853 million worth of financial assistance to the project. While comments from officials of the Ministry of Water Resources in Dhaka to the Daily Star, Bangladesh’s leading national daily indicate that talks are at an advanced stage with the Chinese side.

The China-Bangladesh plan includes extensive dredging of the river and its many tributaries, the building of dams, reclamation of land wherever necessary, stopping the erosion of the embankments during the monsoon months, and help in the maintenance of a certain level of water during the lean season. A large reservoir to store water is also part of the plan. The overall project will free substantial land from the river’s embankments and allow Bangladesh to build new economic zones.

Indo-Bangladesh Relations and the CAA Debacle

New Delhi has had a robust relationship with Dhaka, carefully cultivated since 2008, with the Sheikh Hasina government at the helm. India has benefited from its security ties with Bangladesh, whose crackdown against anti-India outfits has helped the Indian government maintain peace in the eastern and northeast states. Bangladesh has benefited from its economic and development partnership.

According to Nasif Mushtahid, a legal aide to the Principal Secretary to the Prime Minister of Bangladesh, “We are India’s biggest trade partner in South Asia. Bilateral trade has grown steadily over the last decade: India’s exports to Bangladesh in 2018-19 stood at $9.21 billion, and imports from Bangladesh at USD1.04 billion.”

On the other hand, India also grants 17.5 lakh visas every year to Bangladesh nationals for medical treatment, tourism, work, and just entertainment. “A weekend shopping trip to India by Bangladesh’ elite is quite common -- when the film Bahubali was released, a group of Bangladesh nationals came to India in chartered flights to watch it in Kolkata,” Mushtahid added.

“For India, Bangladesh has been a key partner in the neighbourhood and one of the few success stories in bilateral ties among fellow SAARC countries,” Mushtahid concluded. “For Bangladesh, India is the largest importer of its goods in the world.”

Ever since the last national elections, where Prime Minister Sheikh Hasina’s party lost out on seats due to their handling of the Teesta water-sharing deals, the Awami League has been looking for a way to change the balance of power.

The proposed countrywide National Register of Citizens (NRC) and the Citizenship Amendment Act (CAA) passed in December last year is another factor pushing Bangladesh away from India. The former had cancelled visits by ministers, and Sheikh Hasina has expressed reservations about the CAA. In a January interview to ATN News (Bangladesh’s most viewed news channel) she had said, “While the CAA and the proposed nationwide NRC are internal matters of India, the CAA move was not necessary.”

Foreign Secretary Harsh Vardhan Shringla, who has served as India’s envoy to Dhaka, flew to the capital in early March to assuage any concerns regarding Bangladesh citizens being victimised due to the CAA. Amid discussions between Bangladesh and China, Shringla was the first international visitor Hasina has met since the COVID-19 pandemic began. 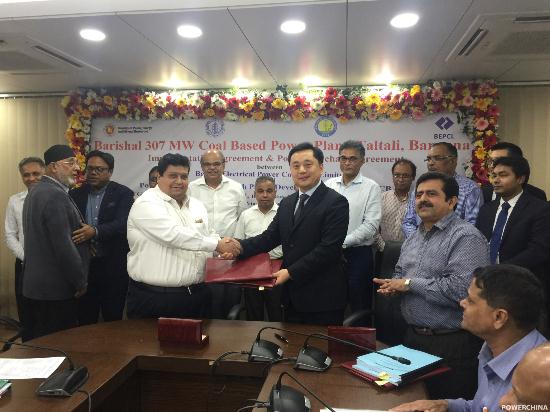 Bangladesh has been trying to combat two aspects of the Teesta. The river causes difficulties for the Rangpur region in north Bangladesh throughout the year. During the lean months (December to May), the Teesta goes dry, affecting agriculture. Bangladesh claims that the dry Teesta during these months is because of India holding most of the winter supplies of the river’s water.

The Teesta, which flows 113 km inside Bangladesh before meeting the Meghna (the Bangladeshi name for the Brahmaputra), swells up within weeks after the arrival of the monsoons and causes enormous flooding and erosion of embankments as the water level rises. As a result, the triangular area including Lalmonirhat has become difficult to develop. The negotiation with India at least since 2011 has been aimed at ensuring that the river would get the necessary water during the lean season to ensure a minimum level to help the agriculture sector of north Bangladesh.

The negotiation with the Chinese was aimed at rejuvenating the river and stopping it from claiming the embankments during the monsoon months which will also help in better managing the river water for supply during the lean season.

During Shringla’s latest meeting with Hasina, “security-related issues of mutual interest” were up for discussion. The foreign secretary tried to address issues on areas that have emerged as potential irritants in the bilateral relationship.

Mushtahid, who was also present during the negotiations said to the Newshound India Foundation, “Recently, we are gravely concerned about the increasing number of killings at the Indo-Bangladesh border near Basirhat by the “BSF or Indian nationals” during the first quarter of this year.”

He also added that the Indian side assured time and again that the BSF authorities have been sensitised of the matter. According to the clauses of security MoU agreed between the neighbours in 2017, the matter is set to be discussed in detail at the semi-annual DG-level talks between Border Guards Bangladesh and BSF to be hosted in Dhaka, on September 7. 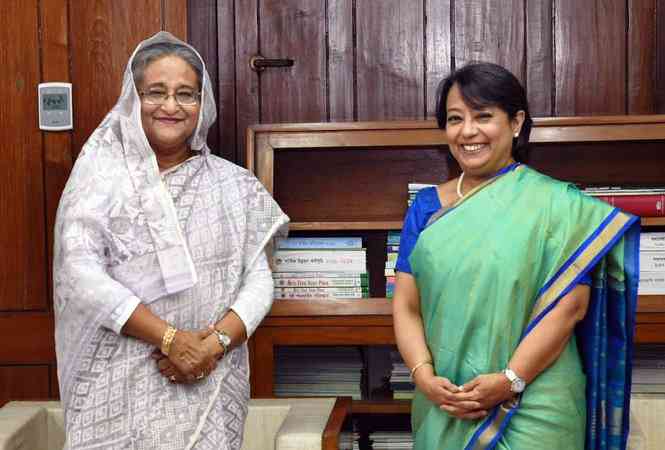 Subir Bhoumik, one of the most respected defence journalists in India believes that a deal between Bangladesh and China regarding the Teesta is unlikely to affect India. “However,” Bhoumik said, “a significant display of Chinese engineering in Bangladesh next door is likely to intensify criticism of India’s inability to deal with river-related annual problems within its borders.”

States in northern and eastern India where the annual monsoon floods scores of districts in Bihar, Uttar Pradesh and Assam. Even without it, the loss of significance of the Teesta water-sharing negotiations will highlight the fact that India failed to deliver despite repeated positive assertions from the South Block.

“While the Teesta project is important and urgent from India’s point of view, it will be difficult to address it before the West Bengal elections due next year. What Delhi can do is to address other issues of concern, which, too, are challenging,” Bhoumik suggested.

Now, the onus is on India to see if it can implement all its assurances in a time-bound manner. Otherwise, the latent anti-India sentiment in Bangladesh, revived after India’s CAA-NRC push, might damage Dhaka-New Delhi ties.