Eddie Van Halen, the Grinning Guitar God of the '70s, Dies at 65 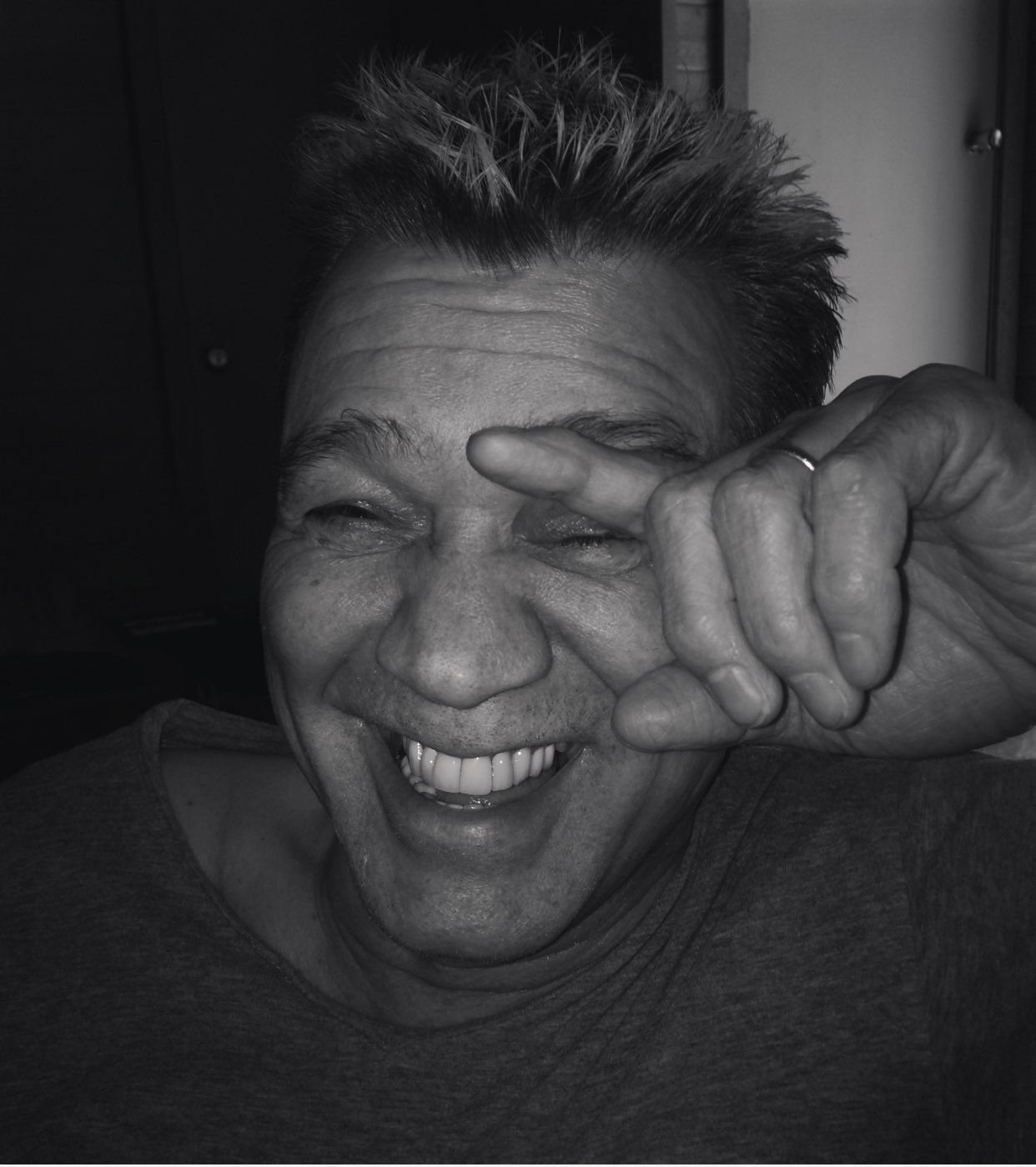 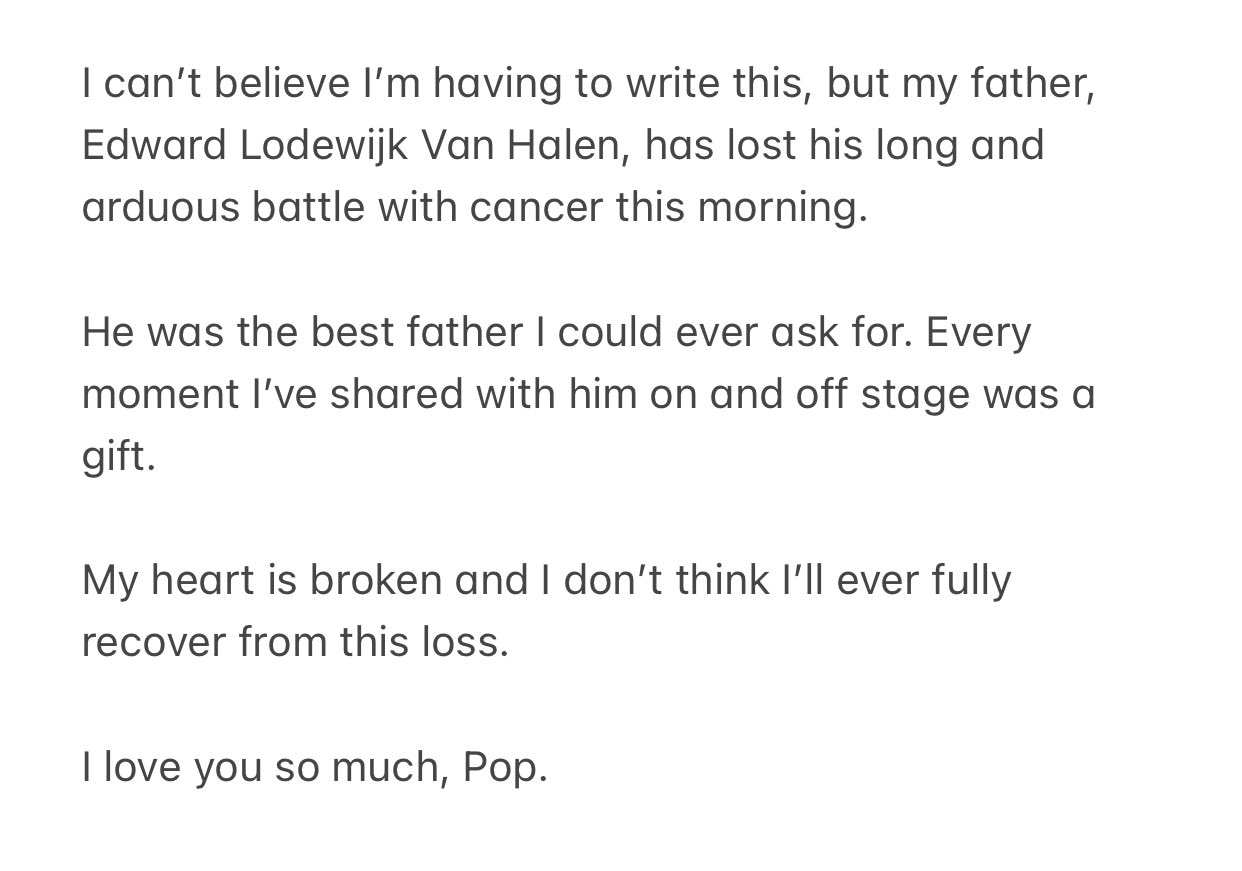 Eddie Van Halen, the guitar virtuoso whose group, the Van Halen, is considered one of the greatest rock bands of all time, died on Tuesday following a long battle with cancer, his son announced on Twitter.

Van Halen’s son, Wolfgang, said in a statement that his father had “lost his long and arduous battle with cancer.” The statement did not say where he died.

Van Halen, who was considered to be ‘the greatest guitarist of all time’ structured his solos by combining complex harmonics, innovative fingerings and ingenious devices that he patented for his instrument. The New York Times music critic Jim Farber had called his music “an outpouring of riffs, runs and solos were hyperactive and athletic, joyous and wry, making deeper or darker emotions feel irrelevant.”

“Eddie put the smile back in rock guitar at a time when it was all getting a bit broody,” his fellow guitar ace Joe Satriani told Billboard magazine in 2015. “He also scared the hell out of a million guitarists because he was so damn good.”

Born in the Netherlands and raised in California, Van Halen founded the band ‘Van Halen’ with his older brother Alex in 1972 and quickly garnered a fan base. He was famous for what became known as "finger tapping" -- playing the guitar with two hands, like a piano.

He was also known for his guitars, including one named Frankenstein which he pieced together from part of other instruments. Among the band's classics are ‘Jump,’ ‘Panama,’ ‘Runnin' with the Devil,’ and the guitar solo ‘Eruption.’

Van Halen has had two battles with cancer in his life. The first was when he was diagnosed with tongue cancer sometime in the mid 1990s and the second was in 2015, when he tested positive for stage II lung cancer.

Van Halen puts the tongue cancer, of which was declared free in 2002, on his habit of holding guitar picks in his mouth. In a 2015 interview with NME he said, "I used metal picks — they're brass and copper — which I always held in my mouth, in the exact place where I got the tongue cancer. ... I mean, I was smoking and doing a lot of drugs and a lot of everything. But at the same time, my lungs are totally clear. This is just my own theory, but the doctors say it's possible."

The Rock and Roll Hall of Famer is survived by his second wife Janie Liszewski and his son, as well as his first wife Bertinelli.