The United Kingdom's media regulatory body, the Office of Communications, on Tuesday, fined Republic Bharat £20,000 (approximately ₹19.70 lakhs) for broadcasting content that it flagged as “offensive language”, “hate speech” and “abusive or derogatory treatment of individuals, groups, religions or communities.” 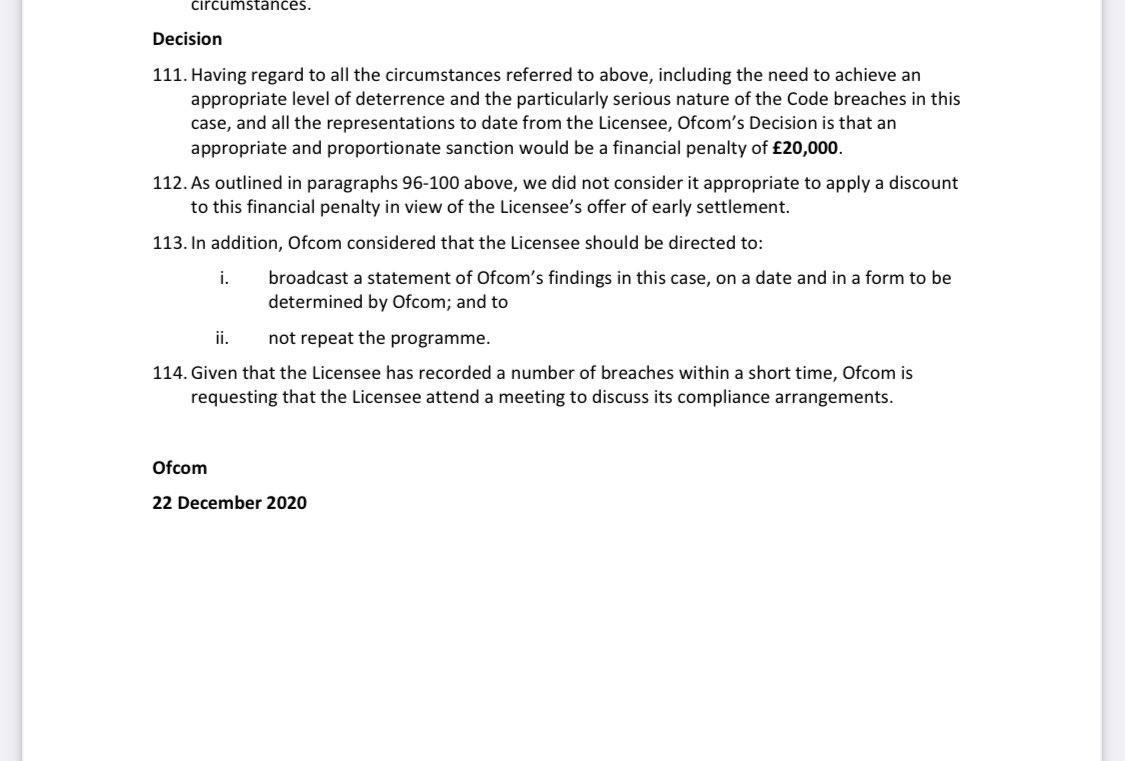 The Hindi news channel has been fined for a programme that was aired on September 6, 2019, titled “Poochta Hai Bharat'' which included editor-in-chief, Arnab Goswami, consulting editor Gaurav Arya and a few other guests discussing India’s Chandrayaan 2 spacecraft mission to the moon. Midway through the show, India’s space exploration and technological advancements were started to be compared to Pakistan which soon dissolved into a name-calling session with Pakistanis being branded “terrorists” and “public enemies.”

Gaurav Arya was even shown saying, “Their scientists, doctors, their leaders, politicians all are terrorists. Even their sportspeople. This entire nation is a terrorist. I do not think anyone has been saved. You are dealing with a terrorist entity.”

In its press release, Ofcom said, “The comments made by Goswami and his guests on the discussion panel amounted to hate speech against Pakistani people, and derogatory and abusive treatment of Pakistani people”. 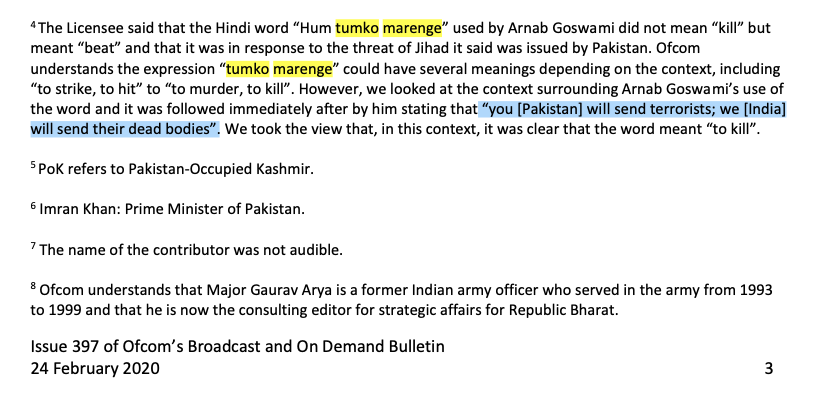 The UK regulators have also taken note of the word “Paki” which is considered a racial slur that is unacceptable in the UK.