Myanmar civilian leader and former State Counsellor Aung San Suu Kyi faced the military trial court on Monday via a video link. This was the first time she was seen in public since her arrest by the army on the February 1 coup d'état.

Her lawyer, Khin Maung Zaw, told the Associated Foreign Press that Suu Kyi was detained at Nay Pyi Daw, an isolated city that the military built during its previous dictatorship. “She appears healthy and unmolested,” he said.

Since the military seized power, Myanmar has been in chaos with the detention of elected government leader Suu Kyi and much of her party leadership. Pro-democracy activists who have taken to the streets of the capital and other main cities of the country saw the military clamp down on the internet and other communication lines.

Myanmar police fired on protesters across the country on Sunday which saw the largest protests so far and killed at least 18 people in what has been the worst crackdown since the coup itself. In the southern city of Dawei, the police opened fire on a crowd of hundreds, witnesses said. Doctors in the city told Reuters that at least three people were killed and more than 50 wounded.

In Yangon, Myanmar’s largest city, a 23-year-old man named Hein Htut Aung was shot and killed at a protest while an unidentified woman, part of a teachers’ dissent group, died of a suspected heart attack after the police attacked them with stun grenades. Their deaths were confirmed to AFP by the Nadi Ayar Hospital, where they were both taken to.

Videos of police officers shooting at peaceful demonstrators and celebrating successful shots have gone viral on Twitter and other social media platforms leading to leaders across the world condemning the army's action and have threatened to impose sanctions if the coup is not withdrawn.

Myanmar's UN Ambassador, Kyaw Moe Tun, made an emotional speech at the United Nations for action from the international community to stop the military coup and urged the United Nations to use “any means necessary” and ended his speech with the three-finger salute.

Soon after, the state-run television announced that Moe Tun has been fired from his position for betraying the country. The ambassador, however, remained defiant. “I decided to fight back as long as I can,” he told Reuters in New York. 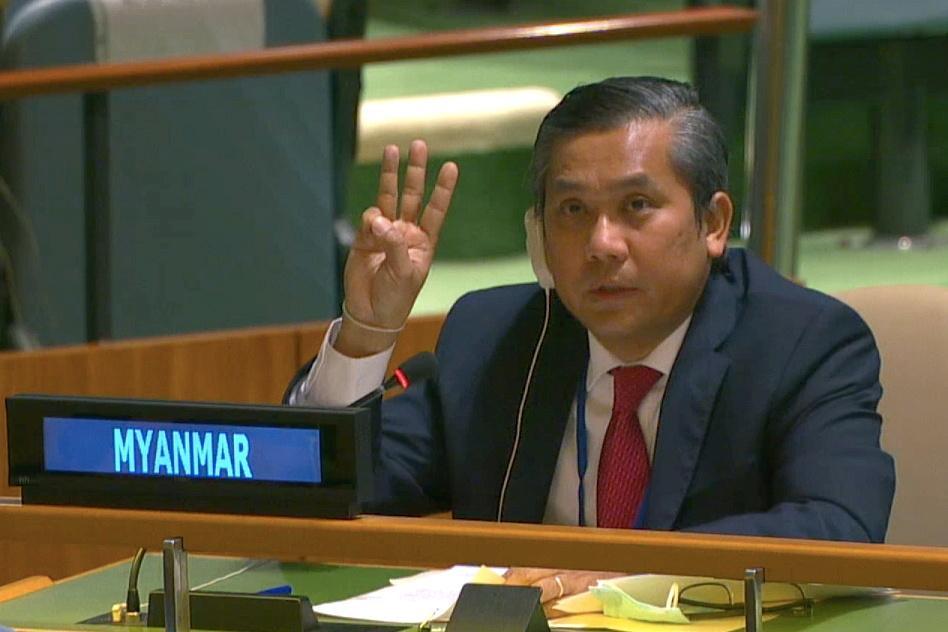 Suu Kyi's party and supporters said the result of the November national elections must be respected. Her National League of Democracy won the polls against the state military’s political arm by a landslide. Suu Kyi is currently facing charges for illegally importing six walkie-talkies and violation of coronavirus protocols.