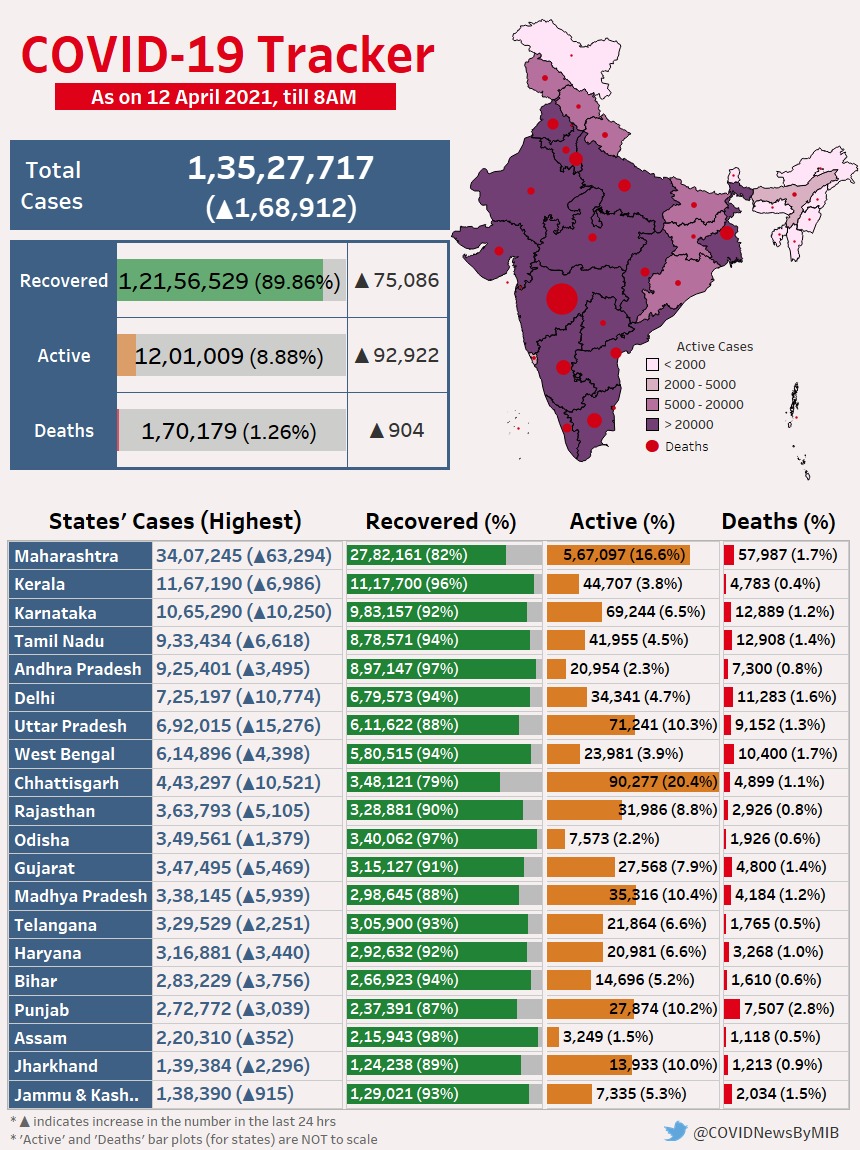 India reported 1,68,912 new COVID-19 cases in the last 24 hours along with 904 deaths, pushing the Narendra Modi government to allow the Russian made Sputnik-V for emergency use, PTI reported. Meanwhile, following Maharashtra and Delhi, other state administrators such as Karnataka CM Yediyurappa are also considering curfew or lockdown measures.

Experts are calling the current spate of cases to be the “second phase of COVID infections” - a phenomenon already observed in China, Europe and the US in late 2020 and in the first two months of 2021. The second wave is being hailed as more disastrous following an increasing number of affected kids and pregnant women.

Currently, there are around 12 lakh active cases across India with Maharashtra and Delhi being the country’s first metropolitan cities to succumb to the second wave. Since yesterday, Mumbai reported 9,986 cases and 79 deaths, which took its caseload to 5,20,498 and death toll to 12,023 while Delhi reported 10,732 fresh cases. Delhi Chief Minister Arvind Kejriwal on Sunday, urged people to stay at home as much as possible, calling the current situation to be worse than November 2020.

Night Curfew and weekend lockdowns have been implemented in Delhi, Maharashtra and Uttar Pradesh.

The teams sent by the Ministry of Health and Family Welfare in main districts of three states in concern – Maharashtra, Punjab, and Chhattisgarh. These three have been reporting the highest numbers of new COVID-19 deaths in the country and also have identified a certain bunch of problems in these states, the Indian Express reported.

In two districts of Punjab there is no dedicated COVID hospital along with a shortage of healthcare workers in three districts and no RT-PCR testing lab in one.

In Chhattisgarh, there is a shortage of RT-PCR testing in three districts, as well as high hospital bed occupancy rates and the state capital has limited oxygen availability in four others.

Meanwhile, according to multiple media reports, the ongoing Kumbh 2021 celebrations are also expected to add to the daily caseload spike in the weeks ahead.