The United Treasury Department has confirmed for the first time that Trump's 2016 campaign chief Paul Manafort gave Russian intelligence agencies "sensitive information on polling and campaign strategy" during the election that year.

Manafort had allegedly passed on critical information to Konstantin Kilimnik, a Russian and Ukrainian political consultant who has worked with Manafort for quite a long time in the US.

Kilimnik, who has now been identified as a known agent for Russian intelligence services, "also sought to promote the narrative that Ukraine, not Russia, had interfered in the 2016 U.S. presidential election," the Treasury Department said as the Biden administration announced new sanctions on Russia, Kilimnik, and others.

"The Treasury will target Russian leaders, officials, intelligence services, and their proxies that attempt to interfere in the U.S. electoral process or subvert American democracy,” said Secretary Janet L Yellen. “This is the start of a new U.S. campaign against Russian malign behaviour.” 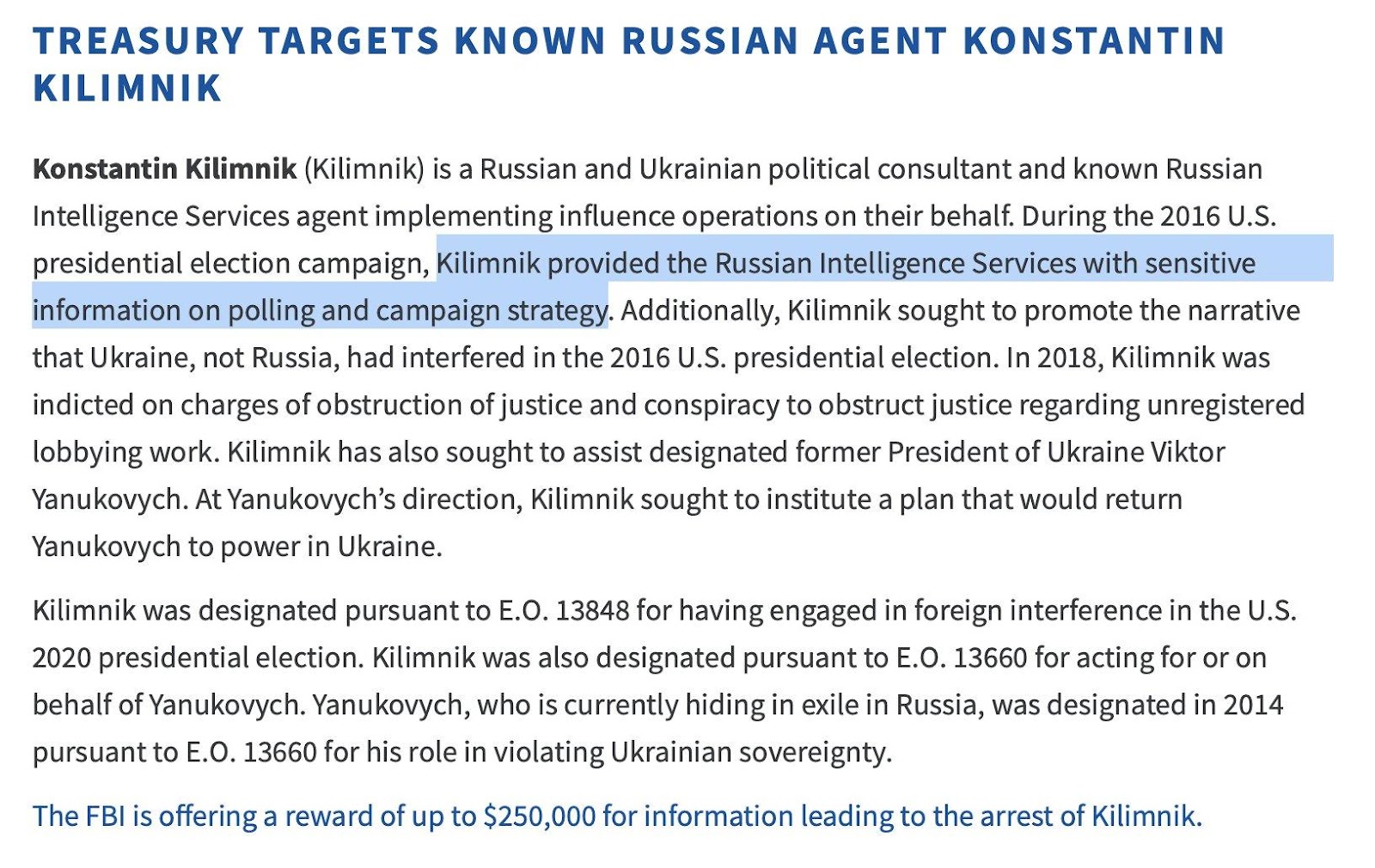 Former special counsel Robert Mueller, who was head of investigating the Russian interference in the 2016 elections had previously accused Manafort of sharing polling data with Kilimnik during the same period.

Former President Donald Trump has consistently denied any knowledge of knowing anything about Manafort giving polling data to Kilimnik.

Manafort, along with Kilimnik, was indicted in 2017 on U.S federal charges of obstruction of justice and conspiracy to obstruct justice regarding lobbying work. They were indicted for actions relating to restoring former Ukraine President Viktor Yanukovych to power.

Manafort was convicted at a trial and he pleaded guilty before another trial which was related to his crimes in Ukraine, he was granted a Presidential Pardon by ex-president Donald Trump one month prior to his departure from the White House.

Kilimnik has never been arrested in the case. The FBI has offered rewards up to $250,000 for any information leading to his arrest.

Observations on 'State of Working India 2021': A Look into How Bad the Employment Situation is and How We Could Get Past it