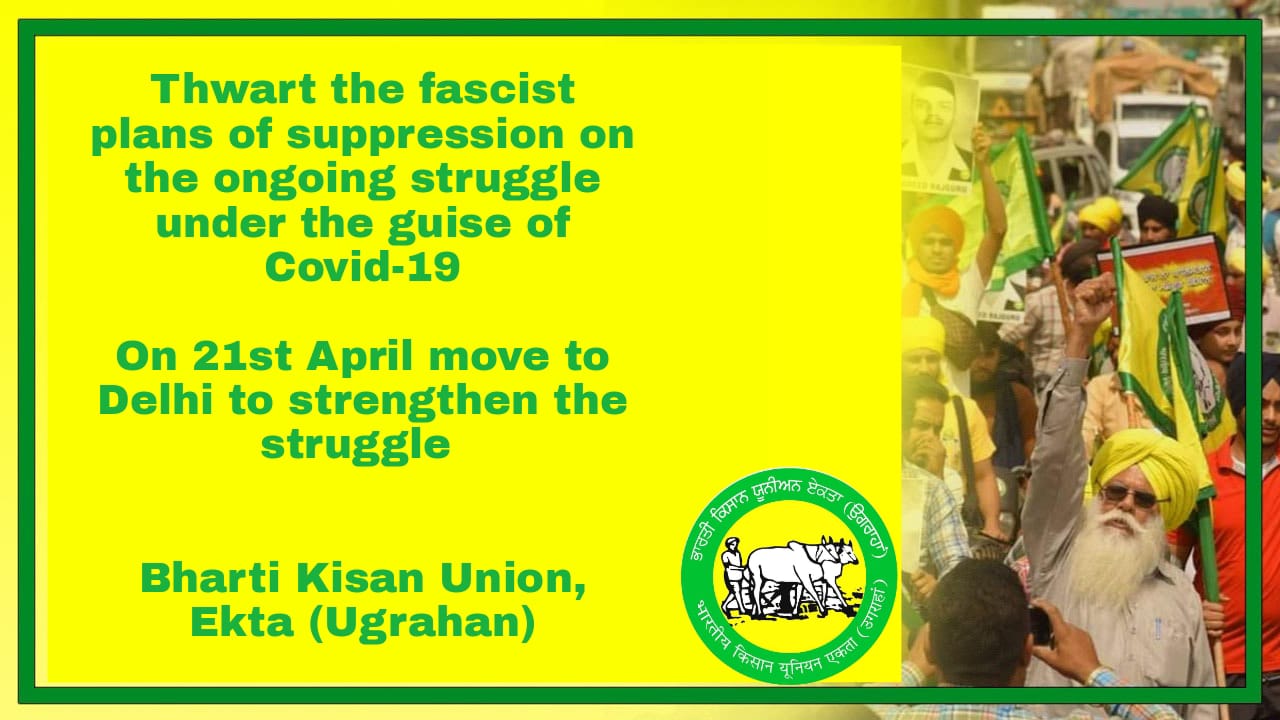 Punjab is witnessing over a hundred pukka dharnas in addition to those coming back from the Delhi borders.

Buta Singh Burjgill, president of BKU was quoted by The Indian Express as saying: “Farmers travel via trains, buses and even through private vehicles. Let us see how they test the whole jatha. We are not going to follow any quarantine protocol. COVID is a disease and we need to take care, but it is being projected as a deadly disease which it is not.

“As per scientific figures, only 2% of the people infected die of it, if they don’t get themselves tested at an early stage. However, if we stop protesting against these deadly farm laws, 100% of the farmers will die. So what is more deadly — farm laws or corona? There are curfews in Delhi, Rajasthan, curbs in Punjab, Haryana, UP and almost all other states from where farmers are coming. However, our jathas will go to Delhi as normal.”

Another Punjab farmer union leader’s wife has also tested positive and he has gone back home to take care of her, The Indian Express reported.

Meanwhile, SKM has announced on their social media a ‘Pratirodh Saptah’ that will be seen at all protest sites from Tuesday, April 20 to Monday, April 26 under which all the necessary arrangements will be made.

Meanwhile, India reported 315,802 fresh coronavirus infections on Thursday, the highest ever since the onslaught of the pandemic.