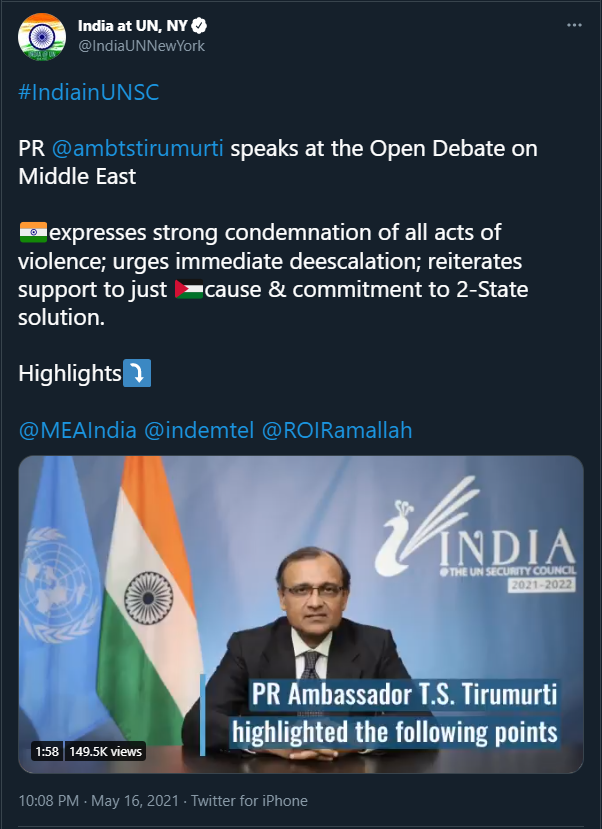 Israel slammed the Gaza Strip with airstrikes, in a dramatic escalation that included bombing the home of a senior Hamas leader, killing a family of 10 in a refugee camp — most of them children — and pulverizing a 12-storey high-rise that housed The Associated Press, Qatar-based broadcaster Al Jazeera, and a number of offices and apartments and other media, The Associated Press reported.

Associated Press President and CEO Gary Pruitt called the strike “an incredibly disturbing development”, and revealed that a dozen AP journalists were in the building, and had to be evacuated. The attack in the Gaza Strip on Saturday killed 42 Palestinians, a significant escalation after a week of demonstrations and tensions.

United Nations secretary-general Antonio Guterres’s spokesperson stated that the secretary-general was “dismayed” by civilian casualties in Gaza and “deeply disturbed” by Israel’s strike on a building containing international media outlets.

In a virtual session on Sunday, Secretary-General Antonio Guterres called the violence "utterly appalling" and urged both Palestinian militants Hamas to stop firing rockets into Israel and the Jewish state to stop its massive air campaign on the Gaza Strip.

During the open debate, Ambassador TS Tirumurti, India’s Permanent Representative to the UN, told the United Nations Security Council that the ongoing violence has caused immense suffering and resulted in deaths, including women and children, reports The Hindustan Times.

“We urge both sides to show extreme restraint, desist from actions that exacerbate tensions, and refrain from attempts to unilaterally change the existing status quo, including in East Jerusalem and its neighbourhood,” Tirumurti told the Security Council.

The Economic Times reports that since the conflict escalated on May 10, the death toll has risen to 198 in the crowded coastal enclave of Gaza— including at least 58 children— and to 10 in Israel.

Despite the international efforts to break the ceasefire, Israeli Prime Minister Benjamin Netanyahu in a televised address on Sunday said that the conflict between Israel and Palestinians in Gaza will continue, and the “war will go on”.