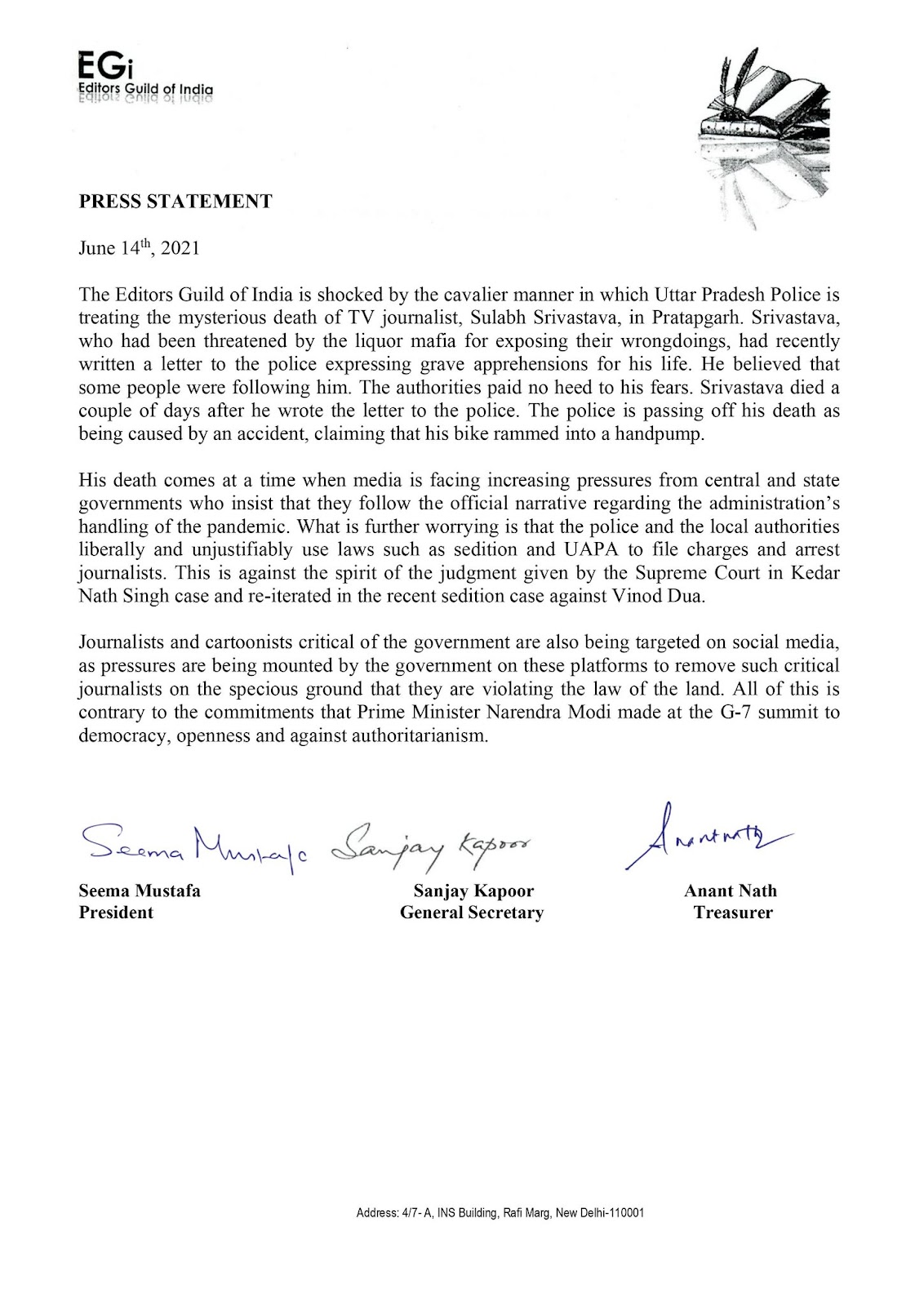 ABP journalist Sulabh Srivastava from Pratapgarh, Uttar Pradesh, was found dead under mysterious circumstances on Sunday night, PTI reported. The incident happened two days after Srivastava wrote a letter to the police claiming that his life is in danger and demanding police protection after running a news report against the liquor mafia in the district.

A senior police official in Pratapgarh, Surendra Dwivedi said in a statement, “Srivastava was returning on his motorcycle after media coverage, at around 11 pm on Sunday when he fell from his motorcycle. He was taken to the district hospital where the doctors declared him dead.”

The police also added that the initial probe revealed that Srivastava fell after his “bike collided with a hand pump along the road” and that they are also probing other angles in the matter.

Srivastava’s written letter to the SP and ADG included the mention of one Guddu Singh. Srivastava claimed that his life was in danger from Singh and that he wanted protection for himself and his family. While the police continue with the accident narrative, the press has turned towards this local liquor baron and political liaison.

Srivastava's wife Renuka has demanded a CBI inquiry in this matter. “The truth will come out only through CBI investigation,” she said. The family are also alleging that Srivastava was very upset for several days and that he had begun preparing a missive to be given to the police in case of his sudden death. He died before completing the said communique.

SP chief Akhilesh Yadav said the BJP government should conduct a high-level probe into the matter. “The mysterious death of a TV reporter in an alleged accident is extremely sad. The BJP government in this case should constitute a high-level probe, and tell the family members and the public that despite the apprehension of murder by the liquor mafia expressed by the reporter, why he was not provided security,” he tweeted in Hindi.

The mortality rate of Uttar Pradesh’s journalists via foul play has continued to rise over the years. In 2017, there were three recorded cases of journalists being murdered in the state. In 2018, the number was five. In 2019, up to eight journalists had lost their lives in the line of duty.